Mucopolysaccharidosis type 6 (MPS 6) is a lysosomal storage disease with progressive multisystem involvement, associated with a deficiency of arylsulfatase B (ASB) leading to the accumulation of dermatan sulfate. 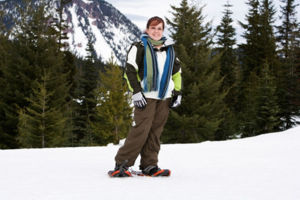 Mutations in the ARSB gene cause MPS VI. The ARSB gene provides instructions for producing an enzyme called arylsulfatase B, which is involved in the breakdown of large sugar molecules called glycosaminoglycans (GAGs). GAGs were originally called mucopolysaccharides, which is where this condition gets its name. Mutations in the ARSB gene reduce or completely eliminate the function of arylsulfatase B. The lack of arylsulfatase B activity leads to the accumulation of GAGs within cells, specifically inside the lysosomes. Lysosomes are compartments in the cell that digest and recycle different types of molecules. Conditions such as MPS VI that cause molecules to build up inside the lysosomes are called lysosomal storage disorders. The accumulation of GAGs within lysosomes increases the size of the cells, which is why many tissues and organs are enlarged in this disorder. Researchers believe that the buildup of GAGs may also interfere with the functions of other proteins inside lysosomes, triggering inflammation and cell death.

Diagnostic methods Diagnosis generally requires evidence of clinical picture, ASB activity of less than 10% of the lower limit of normal in cultured fibroblasts or isolated leukocytes, and demonstration of a normal activity of a different sulfatase enzyme (to exclude mucosulfatidosis, see this term). The finding of elevated urinary dermatan sulfate with the absence of heparan sulfate is supportive.

In addition to multiple sulfatase deficiency, the differential diagnosis should also include other forms of MPS (MPS 1, 2, 4A, 7), sialidosis and mucolipidosis.

Before enzyme replacement therapy (ERT) with galsulfase (Naglazyme®), clinical management was limited to supportive care and hematopoietic stem cell transplantation. Galsulfase is now widely available and is a specific therapy providing improved endurance with an acceptable safety profile. The medication(s) listed below have been approved by the Food and Drug Administration (FDA) as orphan products for treatment of this condition.

Prognosis is variable depending on the age of onset, rate of disease progression, age at initiation of ERT and on the quality of the medical care provided.

^Maroteaux–Lamy syndrome (article) is provided for informational purposes only. No expressed or implied warranties as to the validity of content.
WikiMD is not a substitute for professional advice. By accessing and using WikiMD you agree to the terms of use.
Templates etc. when imported from Wikipedia, are licensed under CC BY-SA 3.0. See full disclaimers.
Retrieved from "http://www.wikimd.org/wiki/index.php?title=Maroteaux–Lamy_syndrome&oldid=2069074"
Categories: