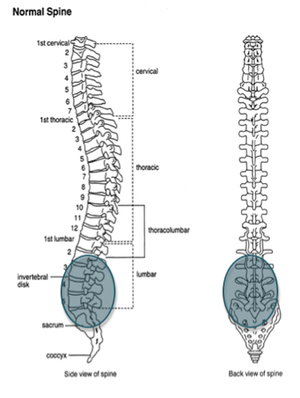 No one knows the cause of ankylosing spondylitis. Studies show, however, that both genes and things in our environment may lead to the development of the disease.

AS is characterized by back pain and stiffness that typically appear in adolescence or early adulthood. Over time, back movement gradually becomes limited as the bones of the spine (vertebrae) fuse together. This progressive bony fusion is called ankylosis.

Other joint and systemic involvement 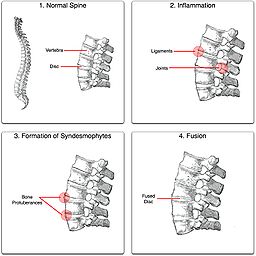 The association of AS with HLA-B27 suggests the condition involves CD8 T cells, which interact with HLA-B.

"Bamboo spine" develops when the outer fibers of the fibrous ring (anulus fibrosus disci intervertebralis) of the intervertebral discs ossify, which results in the formation of marginal syndesmophytes between adjoining vertebrae. 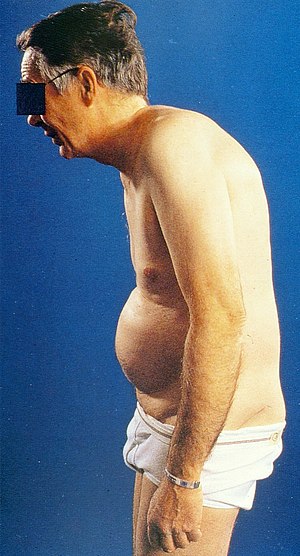 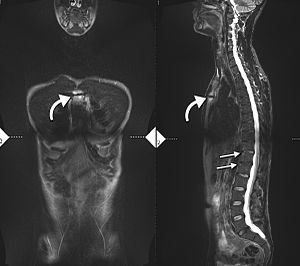 34-year-old male with AS. Inflammatory lesions of the anterior chest wall are shown (curved arrows). Inflammatory changes are seen in the lower thoracic spine and L1 (arrows).

The Schober's test is a useful clinical measure of flexion of the lumbar spine performed during the physical examination.

There is no cure for AS, although treatments and medications can reduce symptoms and pain.

Medications used to treat the progression of the disease include the following:

In severe cases of AS, surgery can be an option in the form of joint replacements, particularly in the knees and hips. Surgical correction is also possible for those with severe flexion deformities (severe downward curvature) of the spine, particularly in the neck, although this procedure is considered very risky. In addition, AS can have some manifestations which make anesthesia more complex. Changes in the upper airway can lead to difficulties in intubating the airway, spinal and epidural anesthesia may be difficult owing to calcification of ligaments, and a small number of people have aortic insufficiency. The stiffness of the thoracic ribs results in ventilation being mainly diaphragm-driven, so there may also be a decrease in pulmonary function.

Though physical therapy remedies have been scarcely documented, some therapeutic exercises are used to help manage lower back, neck, knee, and shoulder pain.