Contraception allows for the prevention of pregnancy and for planning the timing of pregnancy. Some methods can also protect against infections. Modern methods of contraception include oral contraceptives (such as birth control pills), contraceptive vaginal rings, condoms, intrauterine devices (also called IUDs), injectable and implantable products, and sterilization.

About Contraception and Birth Control

Contraception is the prevention of pregnancy. Contraception, or birth control, also allows couples to plan the timing of pregnancy. Some methods can also protect against infections. Choosing a particular method of birth control depends on many factors, including a woman’s overall health, age, frequency of sexual activity, number of sexual partners, desire to have children in the future, and family medical history. Individuals should work with their health care provider to choose a method that is best for them. It is also important to discuss birth control methods with one’s sexual partner.

General methods of contraception include:

Some forms of birth control combine methods, such as IUDs that also release hormones.

Some types of birth control may carry serious risks for some individuals. For specific information about birth control, individuals should talk to their health care providers. 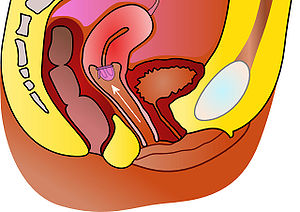 What are the different types of contraception?

There are many different types of contraception, but not all types are appropriate for all situations. The most appropriate method of birth control depends on an individual's overall health, age, frequency of sexual activity, number of sexual partners, desire to have children in the future, and family history of certain diseases.

An intrauterine device (IUD), also known as an intrauterine system (IUS), is a small, T-shaped device that is inserted into the uterus to prevent pregnancy. A health care provider inserts the device. An IUD can remain in place and function effectively for many years at a time. After the recommended length of time, or when the woman no longer needs or desires contraception, a health care provider removes or replaces the device.

Implants are implantable rods. Each rod is matchstick-sized, flexible, and plastic. The method has a failure rate of less than 1%.3 A physician surgically inserts the rod under the skin of the woman's upper arm.

The rod releases a progestin and can remain implanted for up to 5 years. Currently, Implanon® and Nexplanon®, which release etonogestrel, are the only implantable rods available in the United States. A two-rod method, Jadelle®, which releases levonorgestrel, is FDA approved but not currently distributed in America. A new levonorgestrel-releasing, two-rod method, Sino-implant (II)®, is in clinical development.

Hormonal methods of birth control use hormones to regulate or stop ovulation and prevent pregnancy. Ovulation is the biological process in which the ovary releases an egg, making it available for fertilization. Hormones can be introduced into the body through various methods, including pills, injections, skin patches, transdermal gels, vaginal rings, intrauterine systems, and implantable rods. Depending on the types of hormones that are used, these methods can prevent ovulation; thicken cervical mucus, which helps block sperm from reaching the egg; or thin the lining of the uterus. Health care providers prescribe and monitor hormonal contraceptives.

Short-acting hormonal methods (e.g., injectables, pills, patches, rings) are highly effective if used perfectly, but in typical use, they have a range of failure rates.

Combined hormonal methods contain a synthetic estrogen (ethinyl estradiol) and one of the many progestins approved in the United States. All of the products work by inhibiting ovulation and thickening cervical mucus. The combined estrogen/progestin drugs can be delivered by pills, a patch, or a vaginal ring. The combined hormonal methods have some medical risks, such as blood clots, that are associated with the synthetic estrogen in the product. These risks have not been observed with progestin-only hormonal methods such as injectable birth control, POPs, or hormonal LARCs. Your health care provider can discuss your risk factors and help you select the most appropriate contraceptive method for you.

Designed to prevent sperm from entering the uterus, barrier methods are removable and may be an option for women who cannot use hormonal methods of contraception. Failure rates for barrier methods differ depending on the method.

Types of barrier methods that do not require a health care provider visit include the following:

Methods that require a health care provider visit include the following:

Emergency contraception can be used after unprotected intercourse or if a condom breaks.

Sterilization is a permanent form of birth control that either prevents a woman from getting pregnant or prevents a man from releasing sperm. A health care provider must perform the sterilization procedure, which usually involves surgery. These procedures usually are not reversible.

How effective is contraception?

Different methods of contraception have different rates of effectiveness in preventing pregnancy.

Only male and female condoms are effective at reducing the spread of STDs.

For details about the effectiveness of specific methods of contraception, as well as potential side effects and risks, visit the website of the U.S. Department of Health and Human Services (HHS) Office on Women's Health.

Can contraception reduce the risk of getting an infection?

Only condoms have been proven to reduce the risk of getting some STDs.

According to the HHS Office on Women's Health, the male latex condom is the best method for protecting against STDs, including HIV/AIDS.1 Polyurethane condoms are an effective alternative if either partner has a latex allergy. Natural/lambskin condoms do not prevent the spread of STDs because of the presence of tiny pores (holes) that may allow viruses such as HIV, hepatitis B, and herpes to spread.

The female condom has properties similar to the male condom, but researchers have not studied its effectiveness in reducing the spread of STDs as much as they have studied the male condom.

The most common STD is the human papilloma (pronounced pap-uh-LOH-muh) virus, or HPV. No method of contraception can fully prevent the transmission of HPV, because it can infect areas not covered by a condom. However, using a condom with every sex act can lower the risk of transmission.2

If you have questions about birth control and STDs, talk to your health care provider.

If you think you may have an STD, you should see your health care provider. NICHD provides additional information on the symptoms and treatment of STDs.

^Birth control (article) is provided for informational purposes only. No expressed or implied warranties as to the validity of content.
WikiMD is not a substitute for professional advice. By accessing and using WikiMD you agree to the terms of use.
Templates etc. when imported from Wikipedia, are licensed under CC BY-SA 3.0. See full disclaimers.
Other languages:
English
Retrieved from "http://www.wikimd.org/wiki/index.php?title=Birth_control&oldid=1356187"
Category: