Cabbage is a leafy green vegetable whose botanical name is Brassica oleracea. 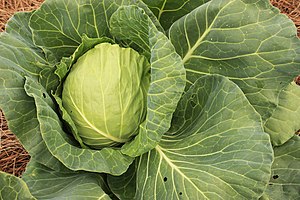 Cabbage is a cole crop of the Mustard family that belongs to Brassicaceae and its varietal name, B. oleracea Capitata, distinguishes this cruciferous vegetable as being “in the form of a head.”

Most Asian cabbage varieties belong to another species, B. rapa. This includes Chinese cabbage, which is also known as Napa cabbage or celery cabbage. 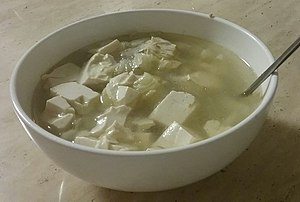 How is cabbage grown?

Cabbage is the most easily grown vegetable in the Mustard family of vegetables. It is a cool-season crop that matures prior to extreme heat. Cool-season crops are grown for vegetative parts, including the roots (carrots), leaves (cabbages), stems (celery), and immature flowers (broccoli). Due to smaller plant size and shallow roots, cabbages are often started from seeds indoors.

Join us: This article is a stub. Help improve Cabbage or others. Do not trust amateurs with your life! Join us in this effort!. Paid editors welcome.

Quick links: Medicine Portal | Encyclopedia‏‎‏‎ | Gray's Anatomy‏‎ | Topics‏‎ |‏‎ Diseases‏‎ | Drugs | Wellness | Obesity‏‎ | Metabolic syndrome | Weight loss*
Disclaimer: The entire contents of WIKIMD.ORG are for informational purposes only and do not render medical advice or professional services. If you have a medical emergency, you should CALL 911 immediately! Given the nature of the wiki, the information provided may not be accurate, misleading and or incorrect. Use the information on this wiki at your own risk! See full Disclaimer.
Link to this page: <a href="http://www.wikimd.org/wiki/Cabbage">Cabbage</a>