Coal worker's pneumoconiosis is a type of lung disease seen in coal workers due to excess deposition of coal dust in the lungs. 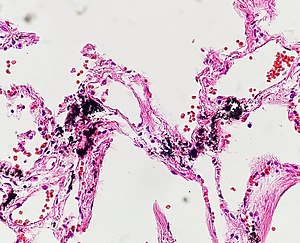