Coconut oil is derived from the dried pulp of the coconuts. 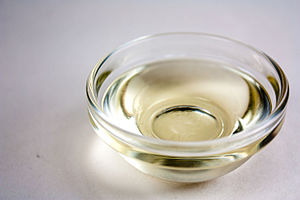 There are 3 commonly used types of coconut oil:

Pure medium chain fatty acids, or MCTs, can increase metabolism and boost weight loss, according to a study conducted at Columbia University. However, the coconut oil that you find in your run of the mill supermarket or at the local health food store, no matter the type, is high in saturated fat–ranging between 82-92%! In fact, it’s considered a solid fat. One tablespoon of coconut oil adds up to more than 11 grams of saturated fats. The daily limit recommended by the American Heart Association is 13 grams. Most coconut oils typically have 13-14% percent of this medium-chain triglyceride. So, people would have to eat large quantities to replicate the results.

Is coconut oil good on a keto diet?

Since Coconut oil has no carbohydrates, with zero net carbs, it is considered an acceptable oil although the overall nutritional benefits and risks have to evaluated for other risks and benefits when it comes to saturated to unsaturated fat ratio. In general, coconut oil has to be consumed in small quantities given significant saturated fat in it, from a cardiovascular perspective.

Saturated versus unsaturated fat - which is better?

Join WikiMD as a freelancer or paid editor and help improve the page Coconut oil or others.