Omega-3 fatty acids are essential polyunsaturated fatty acids that have diverse functions in normal metabolism and health and are used as nutritional supplements for general health and for disease prevention and as prescription drugs for treatment of hypertriglyceridemia. The omega-3 fatty acids are generally safe and well tolerated and have not been implicated in causing serum enzyme elevations or clinically apparent liver injury. 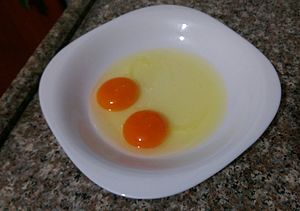 Omega-3s (short for omega-3 fatty acids) are a kind of fat found in foods and in the human body. They are also sold as dietary supplements.

Types of Omega-3s and Foods That Contain Them 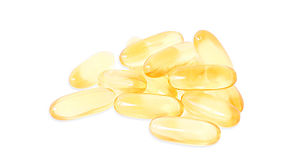 The Federal Government’s Dietary Guidelines for Americans 2015–2020 recommends that adults eat 8 or more ounces of a variety of seafood (fish or shellfish) per week for the total package of nutrients seafood provides, and that some seafood choices with higher amounts of EPA and DHA be included. Smaller amounts of seafood are recommended for young children.

Use of Omega-3 Supplements in the United States

According to the 2012 National Health Interview Survey, which included a comprehensive survey on the use of complementary health approaches in the United States, fish oil supplements are the nonvitamin/nonmineral natural product most commonly taken by both adults and children. The survey findings indicated that about 7.8 percent of adults (18.8 million) and 1.1 percent of children age 4 to 17 (664,000) had taken a fish oil supplement in the previous 30 days.

What Do We Know About the Effectiveness of Omega-3s? 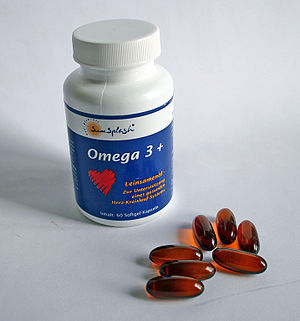 Other Conditions Affecting the Brain, Nervous System, or Mental Health

Omega-3s have also been studied for autism spectrum disorders, borderline personality disorder, multiple sclerosis, and schizophrenia, but the evidence regarding their effects on these conditions is inconclusive.

What Do We Know About the Safety of Omega-3s?

The article on Omega-3 Fatty Acids is a stub. YOU can help Wikimd by expanding it!

WikiMD is a sponsored by W8MD Weight loss, sleep and medical aesthetics.

Join us: This article is a stub. Help improve Omega-3 Fatty Acids or others. Do not trust amateurs with your life! Join us in this effort!. Paid editors welcome.

Quick links: Medicine Portal | Encyclopedia‏‎‏‎ | Gray's Anatomy‏‎ | Topics‏‎ |‏‎ Diseases‏‎ | Drugs | Wellness | Obesity‏‎ | Metabolic syndrome | Weight loss*
Disclaimer: The entire contents of WIKIMD.ORG are for informational purposes only and do not render medical advice or professional services. If you have a medical emergency, you should CALL 911 immediately! Given the nature of the wiki, the information provided may not be accurate, misleading and or incorrect. Use the information on this wiki at your own risk! See full Disclaimer.
Link to this page: <a href="http://www.wikimd.org/wiki/Omega-3_Fatty_Acids">Omega-3 Fatty Acids</a>