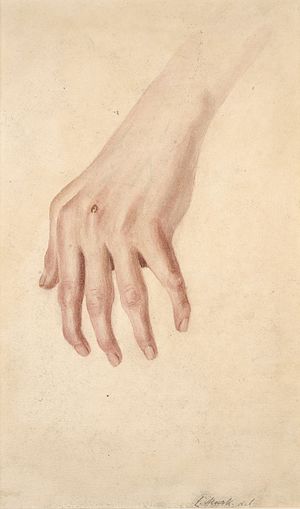 Inflammatory arthritis in children that begins before their 16th birthday and lasts at least 6 weeks. Also known as juvenile idiopathic arthritis.

Juvenile arthritis is a term that describes arthritis in children. “Arthritis” means joint inflammation. Arthritis refers to a group of diseases that cause pain, swelling, stiffness, and loss of motion in the joints. A joint is where two or more bones come together. Juvenile arthritis commonly affects the knees and the joints in the hands and feet.

Children can develop almost all types of arthritis that affect adults, but the most common type that affects children is juvenile idiopathic arthritis.

Juvenile idiopathic arthritis is an umbrella term, or classification system, for all of the more specific types of chronic, or long-lasting, arthritis in children. These conditions used to fall under the term, juvenile rheumatoid arthritis, which is no longer used.

Who Gets Juvenile Arthritis

In the United States, juvenile arthritis and other rheumatic conditions affect nearly 294,000 children age 0 to 17.

There are seven separate subtypes of juvenile idiopathic arthritis, each with distinct symptoms. However, with every subtype, a child will have arthritis symptoms of joint pain, swelling, tenderness, warmth, or stiffness that last for more than 6 continuous weeks.

The most common symptom of all types of juvenile arthritis is persistent joint swelling, pain, and stiffness that is typically worse in the morning or after a nap. The pain may limit movement of the affected joint, although many children, especially younger ones, will not complain of pain.

One of the earliest signs of juvenile arthritis may be limping in the morning because of an affected knee.

Besides joint symptoms, children with systemic juvenile arthritis may have:

Most forms of juvenile arthritis are autoimmune disorders in which the body’s immune system – which normally helps to fight off bacteria or viruses – mistakenly attacks some of its own healthy cells and tissues. The result is inflammation, marked by redness, heat, pain, and swelling. Inflammation can cause joint damage.

Doctors do not know why the immune system attacks healthy tissues in children who develop juvenile arthritis. Scientists suspect that it is a two-step process. First, something in a child’s genetic makeup gives him or her a tendency to develop juvenile arthritis; then an environmental factor, such as a virus, triggers the development of the disease.

Not all cases of juvenile arthritis are autoimmune, however. Recent research has shown that some people, such as many with systemic arthritis, have what is called an autoinflammatory condition. Although the two terms sound similar, the disease processes behind autoimmune and autoinflammatory disorders are different.

When the immune system is working properly, foreign invaders such as bacteria and viruses provoke the body to produce proteins called antibodies. Antibodies attach to these invaders so the immune system can recognize and destroy them. In an autoimmune reaction, the antibodies attach to the body’s own healthy tissues by mistake, signaling the body to attack them. Because they target the self, these proteins are called autoantibodies.

There is no single test that a doctor can use to diagnose juvenile arthritis. A doctor will carefully examine your child and consider his or her medical history and the results of several tests that help confirm juvenile arthritis or rule out other conditions. Specific findings or problems that relate to the joints are the main factors that go into making a juvenile arthritis diagnosis.

When diagnosing juvenile arthritis, a doctor must consider not only the symptoms your child has, but also the length of time these symptoms have been present. Joint swelling or other joint changes that the doctor can see must be present continuously for at least 6 weeks.

You can help your child’s doctor correctly diagnose juvenile arthritis by keeping a record of your child’s symptoms and changes in the joints, noting when they first appeared and when they are worse or better.

Lab tests, usually blood tests, cannot alone provide the doctor with a clear diagnosis. But a doctor can use these tests to help rule out other conditions and classify the type of juvenile arthritis that your child has. A doctor may order blood tests for:

Your child’s doctor will order x-rays if he or she suspects injury to the bone or unusual bone development. Early in the disease, some x-rays can show changes in soft tissue. In general, x-rays are more useful later in the disease, when bones may be affected.

Because there are many causes of joint pain and swelling, the doctor may use other lab tests to help rule out other conditions before diagnosing juvenile arthritis. Some of these conditions include:

The main goals of treatment are to:

To achieve these goals, doctors recommend treatments that:

Most children with juvenile arthritis need a combination of medication and other treatments to reach these goals.

All medicines can have side effects. Some medicines and side effects are mentioned in this publication. Some side effects may be more severe than others. You should review the package insert that comes with your medicine and ask your child’s health care provider or pharmacist if you have any questions about the possible side effects.

Juvenile arthritis affects the entire family, all of whom must cope with the special challenges of this disease. Juvenile arthritis can strain your child’s participation in social and after-school activities and make schoolwork more difficult. Your family members can do several things to help your child physically and emotionally.

Exercise Is Key to Reducing Symptoms

Although pain sometimes limits physical activity, exercise is key to reduce the symptoms of juvenile arthritis and maintain function and range of motion of the joints.

Most children with juvenile arthritis can take part fully in physical activities and some sports when their symptoms are under control. Swimming is a good exercise because it uses many joints and muscles without putting weight on the joints. A doctor or physical therapist can recommend exercises and activities.

During a disease flare your child’s doctor may advise limiting certain activities, depending on the joints involved. Once the flare is over, your child can start regular activities again.

Treating juvenile arthritis often requires a team approach that involves your child and his or her family and a number of different health professionals.

Ideally, your child’s care should be managed by a pediatric rheumatologist, who is a doctor who has been specially trained to treat the rheumatic diseases in children. However, many pediatricians and “adult” rheumatologists also treat children with juvenile arthritis. Because there are relatively few pediatric rheumatologists and they are mainly concentrated at major medical centers in metropolitan areas, children who live in smaller towns and rural areas may benefit from having a doctor in their town coordinate care through a pediatric rheumatologist. Many large medical centers now conduct outreach clinics, in which doctors and a supporting team travel from large cities to smaller towns for one or two days to treat local patients.

Other members of your child’s health care team may include:

Coronavirus: WHO declares COVID 19 a pandemic.

Quick links: Medicine Portal | Encyclopedia‏‎‏‎ | Gray's Anatomy‏‎ | Topics‏‎ |‏‎ Diseases‏‎ | Drugs | Wellness | Obesity‏‎ | Metabolic syndrome | Weight loss*
Disclaimer: The entire contents of WIKIMD.ORG are for informational purposes only and do not render medical advice or professional services. If you have a medical emergency, you should CALL 911 immediately! Given the nature of the wiki, the information provided may not be accurate, misleading and or incorrect. Use the information on this wiki at your own risk! See full Disclaimer.
Link to this page: <a href="http://www.wikimd.org/wiki/Juvenile_arthritis">Juvenile arthritis</a>