Keto foods are popular not only for those trying to lose weight but also those that have diabetes, or other medical problems or just as a healthier lifestyle choice.

See the following pages to get an understanding of the ketogenic diet and keto Indian foods.

Telugu cuisine is used not only in the two Telugu speaking states of Andhra Pradesh and Telangana but also in other states in South India, and other parts of India and the world where Telugu diaspora are spread. Known for its rich and spicy food, the Telugu food is very diverse and tasty. Unfortunately, rice and rice flour are used extensively in the Telugu diet leading to increased glycemic load and hence increased risk of insulin resistance which ultimately leads to diabetes, obesity, metabolic syndrome, cardiovascular disease to name a few.

One way to reduce the glycemic load of the foods, but still have somewhat similar taste is to use cauliflower rice in place of rice. The typical meal in the Telugu cuisine consists of rice or roti mixed with a curry made of either vegetables, pulses, meat, fish or dairy. It is also a common practice to mix rice with either butter milk or curd as part of the meal called perugannam. It is possible to replace the rice with cauliflower rice to reduce the overall carbohydrates in the diet. 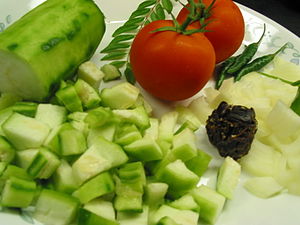 The other option is the traditional brown rice although it is not that different from white rice in net carbohydrates - a cup of white rice has a net carbs of 43.5 while the same for a cup for brown rice is 40.5. On a ketogenic diet, the total daily limit on net carbs is only 30, and per serving limit is about 10, hence brown rice or white rice are not great options.

Any fish, chicken, egg dish made without adding starch or sugar such as kodikura or chicken curry, fish curry or chepala pulusu, egg curry or kodigudla pulusu, or fried eggs, and mushrooms, are lower in carbohydrates. 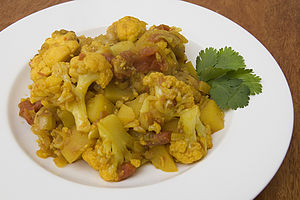 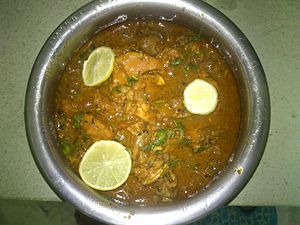 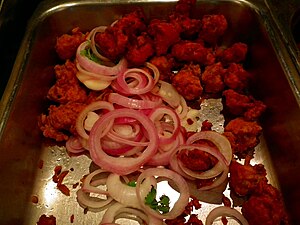 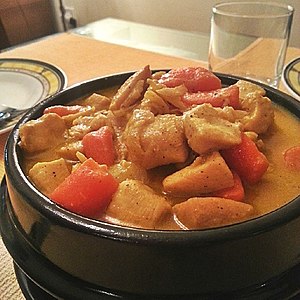 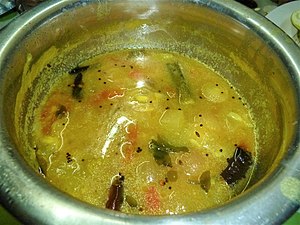 Moong-dal pulusu made at home in Andhra Pradesh

Can be a bit starchy - use caution

^Keto Telugu foods (article) is provided for informational purposes only. No expressed or implied warranties as to the validity of content.
WikiMD is not a substitute for professional advice. By accessing and using WikiMD you agree to the terms of use.
Templates etc. when imported from Wikipedia, are licensed under CC BY-SA 3.0. See full disclaimers.
Retrieved from "http://www.wikimd.org/wiki/index.php?title=Keto_Telugu_foods&oldid=2247819"
Categories: