(milk THIH-sul) is a plant that has been used in some cultures to treat certain medical problems, including stomach, liver, and gallbladder disorders.

The active extract of milk thistle seeds is called silymarin.

It is being studied in the prevention of liver damage caused by some cancer treatments. Also called Silybum marianum. 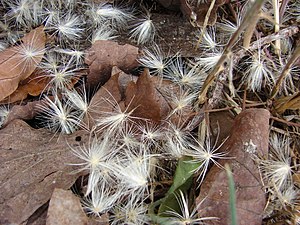 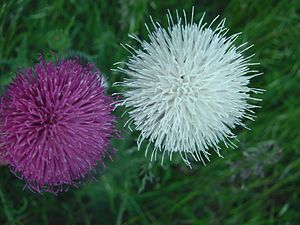 What Do We Know About Safety?

Join us: This article is a stub. Help improve Milk thistle or others. Do not trust amateurs with your life! Join us in this effort!. Paid editors welcome.

Quick links: Medicine Portal | Encyclopedia‏‎‏‎ | Gray's Anatomy‏‎ | Topics‏‎ |‏‎ Diseases‏‎ | Drugs | Wellness | Obesity‏‎ | Metabolic syndrome | Weight loss*
Disclaimer: The entire contents of WIKIMD.ORG are for informational purposes only and do not render medical advice or professional services. If you have a medical emergency, you should CALL 911 immediately! Given the nature of the wiki, the information provided may not be accurate, misleading and or incorrect. Use the information on this wiki at your own risk! See full Disclaimer.
Link to this page: <a href="http://www.wikimd.org/wiki/Milk_thistle">Milk thistle</a>