About us: WikiMD is a free medical encyclopedia and wellnesspedia moderated by medical professionals. Raw foodism, also known as rawism or following a raw food diet, is the dietary practice of eating only or mostly food that is uncooked and unprocessed. Depending on the philosophy, or type of lifestyle and results desired, raw food diets may include a selection of fruits, vegetables, nuts, seeds, eggs, fish, meat, and dairy products.[1] The diet may also include simply processed foods, such as various types of sprouted seeds, cheese, and fermented foods such as yogurts, kefir, kombucha, or sauerkraut, but generally not foods that have been pasteurized, homogenized, or produced with the use of synthetic pesticides, fertilizers, solvents, and food additives.

Raw food diets are diets composed entirely or mostly of food that is uncooked or that is cooked at low temperatures.[7] 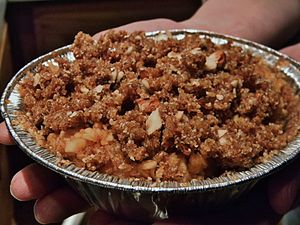 Among raw vegans are subgroups, such as fruitarians, juicearians, or sproutarians. Fruitarians eat primarily or exclusively fruits, berries, seeds, and nuts. Juicearians process their raw plant foods into juice. Sproutarians adhere to a diet consisting mainly of sprouted seeds.

Included in raw animal food diets are any food that can be eaten raw, such as uncooked, unprocessed raw muscle-meats/organ-meats/eggs, raw dairy, and aged, raw animal foods such as century eggs, fermented meat/fish/shellfish/kefir, as well as vegetables/fruits/nuts/sprouts/honey, but in general not raw grains, raw beans, and raw soy. Raw foods included on such diets have not been heated above 40 °C (104 °F).[8]

The Primal Diet consists of fatty meats, organ meats, dairy, honey, minimal fruit and vegetable juices, and coconut products, all raw, whereas the "Raw, Paleolithic Diet",[12][14] is a raw version of the (cooked) Paleolithic Diet, incorporating large amounts of raw animal foods such as meats/organ-meats, seafood, eggs, and some raw plant-foods, but usually avoiding non-Paleo foods such as raw dairy, grains, and legumes.[12][13]

A number of traditional aboriginal diets consisted of large quantities of raw meats, organ meats, and berries, including the traditional diet of the Nenets tribe of Siberia and the Inuit people.[15][16][17] 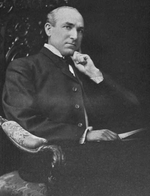 Contemporary raw food diets were first developed in Switzerland by Maximilian Bircher-Benner (1867 – 1939), who was influenced as a young man by the German Lebensreform movement, which saw civilization as corrupt and sought to go "back to nature"; it embraced holistic medicine, nudism, free love, exercise and other outdoors activity, and foods that it judged were more "natural".[6]:41–43 Bircher-Benner eventually adopted a vegetarian diet, but took that further and decided that raw food was what humans were really meant to eat; he was influenced by Charles Darwin's ideas that humans were just another kind of animal and Bircher-Benner noted that other animals do not cook their food.[6]:41–43 In 1904 he opened a sanatorium in the mountains outside of Zurich called "Lebendinge Kraft" or "Vital Force," a technical term in the Lebensreform movement that referred especially to sunlight; he and others believed that this energy was more "concentrated" in plants than in meat, and was diminished by cooking.[6]:41–43 Patients in the clinic were fed raw foods, including muesli, which was created there.[6]:41–43 These ideas were influential to Ann Wigmore a notable raw food advocate but were dismissed by scientists and the medical profession as quackery.[6]:41–43

One of the earliest books to advocate raw foodism was Eugene Christian's Uncooked Foods and How to Use Them, 1904.[18] Other proponents from the early part of the twentieth century include Californian fruit grower Otto Carque (author of The Foundation of All Reform, 1904), George Julius Drews (author of Unfired Food and Trophotherapy, 1912), Bernarr Macfadden and Herbert Shelton. Drews influenced John and Vera Richter to open America's first raw food restaurant "The Eutropheon" in 1917.[18]

Shelton was arrested, jailed, and fined numerous times for practicing medicine without a license during his career as an advocate of rawism and other alternative health and diet philosophies.[19] Shelton's legacy, as popularized by books like Fit for Life by Harvey and Marilyn Diamond, has been deemed "pseudonutrition" by the National Council Against Health Fraud.[20]

In the 1970s, Norman W. Walker (inventor of the Norwalk Juicing Press) popularized raw food dieting.[21] Leslie Kenton's book Raw Energy - Eat Your Way to Radiant Health, published in 1984, added popularity to foods such as sprouts, seeds, and fresh vegetable juices.[22] The book advocates a diet of 75% raw food, which it claims will prevent degenerative diseases, slow the effects of aging, provide enhanced energy, and boost emotional balance; it cites examples such as the sprouted-seed-enriched diets of the long-lived Hunza people and Gerson therapy, an unhealthy, dangerous and potentially very harmful[23][24] raw juice-based diet and detoxification regime claimed to treat cancer.[23]

A raw food diet is likely to impair the development of children and infants.[29] Care is required in planning a raw vegan diet, especially for children,[30] as there may not be enough vitamin B12, vitamin D, and calories for a growing child on a totally raw vegan diet. Fuhrman fed his own four children raw and cooked vegetables, fruits, nuts, grains, beans, and occasionally eggs.[31]

Food poisoning is a health risk for all people eating raw foods, and increased demand for raw foods is associated with greater incidence of foodborne illness,[32] especially for raw meat, fish, and shellfish.[33][34] Outbreaks of gastroenteritis among consumers of raw and undercooked animal products (including smoked, pickled or dried animal products[33]) are well-documented, and include raw meat,[33][35][36] raw organ meat,[35] raw fish (whether ocean-going or freshwater),[33][34][36] shellfish,[37] raw milk and products made from raw milk,[38][39][40] and raw eggs.[41]

One review stated that "Many raw foods are toxic and only become safe after they have been cooked. Some raw foods contain substances that destroy vitamins, interfere with digestive enzymes or damage the walls of the intestine. Raw meat can be contaminated with bacteria which would be destroyed by cooking; raw fish can contain substances that interfere with vitamin B1 (anti-thiaminases)"[45]

A close-up of a raw food dish

Role of cooking in human evolution

Richard Wrangham, professor of biological anthropology at Harvard University,[46] proposes that cooked food played a pivotal role in human evolution. Evidence of a cooked diet, according to Wrangham, can be seen as far back as 1.8 million years ago in the anatomical adaptations of Homo erectus. Reduction in the size of teeth and jaw in H. erectus indicate a softer diet, requiring less chewing time. This combined with a smaller gut and larger brain indicate to Wrangham that H. erectus was eating a higher quality diet than its predecessors.[47] To explain a decreased gut providing the amount of energy required for an increased brain size, Wrangham links his research on the digestive effects of cooked versus raw foods with the lower reproductive abilities of female raw foodists, and BMI in both sexes, to support his hypothesis that cooked starches provided the energy necessary to fuel evolution from H. erectus to H. sapiens.[48]

Theories opposed to Wrangham's include that of Leslie Aiello, professor of biological anthropology at University College London, and physiologist Peter Wheeler. Aiello and Wheeler believe it was soft animal foods, including bone marrow and brains, which contributed to humans developing the characteristics Wrangham attributes to cooked foods.[49] Further, archaeological evidence suggests that cooking fires began in earnest only around 250 kya, when ancient hearths, earth ovens, burnt animal bones, and flint appear regularly across Europe and the Middle East. Two million years ago, the only sign of fire is burnt earth with human remains, which many anthropologists consider coincidence rather than evidence of intentional fire.[50] Many anthropologists believe the increases in human brain-size occurred well before the advent of cooking, due to a shift away from the consumption of nuts and berries to the consumption of raw meat.[51][52][53]

Quick links: Medicine Portal | Encyclopedia‏‎‏‎ | Gray's Anatomy‏‎ | Topics‏‎ |‏‎ Diseases‏‎ | Drugs | Wellness | Obesity‏‎ | Metabolic syndrome | Weight loss*
Disclaimer: The entire contents of WIKIMD.ORG are for informational purposes only and do not render medical advice or professional services. If you have a medical emergency, you should CALL 911 immediately! Given the nature of the wiki, the information provided may not be accurate, misleading and or incorrect. Use the information on this wiki at your own risk! See full Disclaimer.
Link to this page: <a href="http://www.wikimd.org/wiki/Raw_foodism">Raw foodism</a>