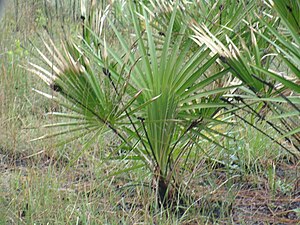 Saw palmetto is a popular herbal medication and extract derived from the fruit of the low growing, small palm, Serenoa repens, which has fan shaped leaves and is native to Florida and the Southeast United States.

Clinical use of Saw Palmetto

Saw palmetto has been implicated in rare cases of clinically apparent liver injury, but its specific role in causing liver injury remains uncertain.

Mechanism of action of Saw Palmetto

Saw palmetto is a widely used herbal derived from the fruit of the low growing bushy palm of the same name (Serenoa repens).  Native Americans used saw palmetto fruit both as a food as well as an herbal remedy with multiple uses, including as a sedative, diuretic, sleeping aid, expectorant and cough suppressant, aid to lactation, infertility, indigestion and urinary problems.

Use in herbal medicine

Currently, saw palmetto is one of the most widely used herbal medications and is used largely for symptomatic benign prostatic hypertrophy.  Saw palmetto is available in multiple formulations including liquid extracts, tablets, capsules, and as an herbal tea.

The active components of palmetto extracts are believed to be the volatile oils and free fatty acids which have activity in inhibiting 5-alpha-reductase and the conversion of testosterone to dihydrotesterone, which has been demonstrated in vitro, but not in human studies.

Dosage and administration for Saw Palmetto

Saw palmetto is available in multiple over-the-counter preparations often in combination with other herbals or dietary supplements, and most commonly for symptoms of urinary hesitancy, urgency or burning.

Side effects of Saw Palmetto

Side effects of saw palmetto are uncommon and mild and may include dizziness, headache, nausea, vomiting, constipation and diarrhea.  In most randomized controlled clinical trials, side effects were no more frequent with saw palmetto than with placebo therapy. 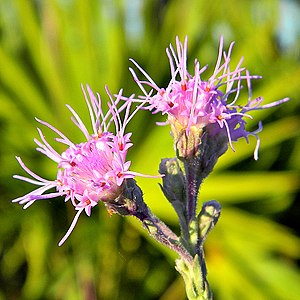 Join us: This article is a stub. Help improve Saw Palmetto or others. Do not trust amateurs with your life! Join us in this effort!. Paid editors welcome.

Quick links: Medicine Portal | Encyclopedia‏‎‏‎ | Gray's Anatomy‏‎ | Topics‏‎ |‏‎ Diseases‏‎ | Drugs | Wellness | Obesity‏‎ | Metabolic syndrome | Weight loss*
Disclaimer: The entire contents of WIKIMD.ORG are for informational purposes only and do not render medical advice or professional services. If you have a medical emergency, you should CALL 911 immediately! Given the nature of the wiki, the information provided may not be accurate, misleading and or incorrect. Use the information on this wiki at your own risk! See full Disclaimer.
Link to this page: <a href="http://www.wikimd.org/wiki/Saw_Palmetto">Saw Palmetto</a>