(Prostata; Prostate Gland) The prostate (Fig. 1160) is a firm, partly glandular and partly muscular body, which is placed immediately below the internal urethral orifice and around the commencement of the urethra. It is situated in the pelvic cavity, below the lower part of the symphysis pubis, above the superior fascia of the urogenital diaphragm, and in front of the rectum, through which it may be distinctly felt, especially when enlarged. It is about the size of a chestnut and somewhat conical in shape, and presents for examination a base an apex an anterior a posterior and two lateral surfaces

The base (basis prostatae) is directed upward, and is applied to the inferior surface of the bladder, The greater part of this surface is directly continuous with the bladder wall; the urethra penetrates it nearer its anterior than its posterior border.

The apex (apex prostatae) is directed downward, and is in contact with the superior fascia of the urogenital diaphragm. 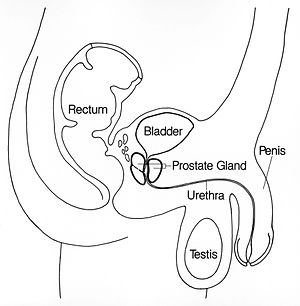 FIG. 1160– Prostate with seminal vesicles and seminal ducts, viewed from in front and above. (Spalteholz.) (Picture From the Classic Gray's Anatomy)

The posterior surface (facies posterior) is flattened from side to side and slightly convex from above downward; it is separated from the rectum by its sheath and some loose connective tissue, and is distant about 4 cm. from the anus. Near its upper border there is a depression through which the two ejaculatory ducts enter the prostate. This depression serves to divide the posterior surface into a lower larger and an upper smaller part. The upper smaller part constitutes the middle lobe of the prostate and intervenes between the ejaculatory ducts and the urethra; it varies greatly in size, and in some cases is destitute of glandular tissue. The lower larger portion sometimes presents a shallow median furrow, which imperfectly separates it into a right and a left lateral lobe these form the main mass of the gland and are directly continuous with each other behind the urethra. In front of the urethra they are connected by a band which is named the isthmus this consists of the same tissues as the capsule and is devoid of glandular substance.

The anterior surface (facies anterior) measures about 2.5 cm. from above downward but is narrow and convex from side to side. It is placed about 2 cm. behind the pubic symphysis, from which it is separated by a plexus of veins and a quantity of loose fat. It is connected to the pubic bone on either side by the puboprostatic ligaments. The urethra emerges from this surface a little above and in front of the apex of the gland.

The lateral surfaces are prominent, and are covered by the anterior portions of the Levatores ani, which are, however, separated from the gland by a plexus of veins.

The prostate measures about 4 cm. transversely at the base, 2 cm. in its antero-posterior diameter, and 3 cm. in its vertical diameter. Its weight is about 8 gm. It is held in its position by the puboprostatic ligaments; by the superior fascia of the urogenital diaphragm, which invests the prostate and the commencement of the membranous portion of the urethra; and by the anterior portions of the Levatores ani, which pass backward from the pubis and embrace the sides of the prostate. These portions of the Levatores ani, from the support they afford to the prostate, are named the Levatores prostatae

The prostate is immediately enveloped by a thin but firm fibrous capsule, distinct from that derived from the fascia endopelvina, and separated from it by a plexus of veins. This capsule is firmly adherent to the prostate and is structurally continuous with the stroma of the gland, being composed of the same tissues, viz.: non-striped muscle and fibrous tissue. The substance of the prostate is of a pale reddish-gray color, of great density, and not easily torn. It consists of glandular substance and muscular tissue.

The muscular tissue according to Kölliker, constitutes the proper stroma of the prostate; the connective tissue being very scanty, and simply forming between the muscular fibers, thin trabeculae, in which the vessels and nerves of the gland ramify. The muscular tissue is arranged as follows: immediately beneath the fibrous capsule is a dense layer, which forms an investing sheath for the gland; secondly, around the urethra, as it lies in the prostate, is another dense layer of circular fibers, continuous above with the internal layer of the muscular coat of the bladder, and blending below with the fibers surrounding the membranous portion of the urethra.

Between these two layers strong bands of muscular tissue, which decussate freely, form meshes in which the glandular structure of the organ is imbedded. In that part of the gland which is situated in front of the urethra the muscular tissue is especially dense, and there is here little or no gland tissue; while in that part which is behind the urethra the muscular tissue presents a wide-meshed structure, which is densest at the base of the gland—that is, near the bladder—becoming looser and more sponge-like toward the apex of the organ.

The glandular substance is composed of numerous follicular pouches the lining of which frequently shows papillary elevations. The follicles open into elongated canals, which join to form from twelve to twenty small excretory ducts. They are connected together by areolar tissue, supported by prolongations from the fibrous capsule and muscular stroma, and enclosed in a delicate capillary plexus. The epithelium which lines the canals and the terminal vesicles is of the columnar variety. The prostatic ducts open into the floor of the prostatic portion of the urethra, and are lined by two layers of epithelium, the inner layer consisting of columnar and the outer of small cubical cells. Small colloid masses, known as amyloid bodies are often found in the gland tubes.

Vessels and Nerves The arteries supplying the prostate are derived from the internal pudendal, inferior vesical, and middle hemorrhoidal. Its veins form a plexus around the sides and base of the gland; they receive in front the dorsal vein of the penis, and end in the hypogastric veins.

The nerves are derived from the pelvic plexus.

During male seminal emission, sperm is transmitted from the vas deferens into the male urethra via the ejaculatory ducts, which lie within the prostate gland.[1] Ejaculation is the expulsion of semen from the urethra.[1] Semen is moved into the urethra following contractions of the smooth muscle of the vas deferens and seminal vesicles, following stimulation, primarily of the glans penis. Stimulation sends nerve signals via the internal pudendal nerves to the upper lumbar spine; the nerve signals causing contraction act via the hypogastric nerves.[1] After traveling into the urethra, the seminal fluid is ejaculated by contraction of the bulbocavernosus muscle.[1]

Quick links: Medicine Portal | Encyclopedia‏‎‏‎ | Gray's Anatomy‏‎ | Topics‏‎ |‏‎ Diseases‏‎ | Drugs | Wellness | Obesity‏‎ | Metabolic syndrome | Weight loss*
Disclaimer: The entire contents of WIKIMD.ORG are for informational purposes only and do not render medical advice or professional services. If you have a medical emergency, you should CALL 911 immediately! Given the nature of the wiki, the information provided may not be accurate, misleading and or incorrect. Use the information on this wiki at your own risk! See full Disclaimer.
Link to this page: <a href="http://www.wikimd.org/wiki/The_Prostate">The Prostate</a>