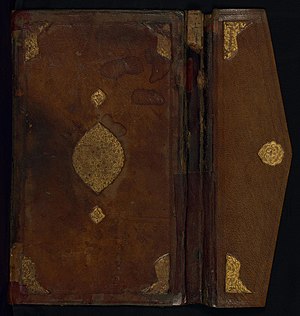 A Glossary of Islamic Legal Terminology

A glossary, also known as a vocabulary or clavis, is an alphabetical list of terms in a particular domain of knowledge with the definitions for those terms. Traditionally, a glossary appears at the end of a book and includes terms within that book that are either newly introduced, uncommon, or specialized. While glossaries are most commonly associated with non-fiction books, in some cases, fiction novels may come with a glossary for unfamiliar terms.

A bilingual glossary is a list of terms in one language defined in a second language or glossed by synonyms (or at least near-synonyms) in another language.

In a general sense, a glossary contains explanations of concepts relevant to a certain field of study or action. In this sense, the term is related to the notion of ontology. Automatic methods have been also provided that transform a glossary into an ontology[1] or a computational lexicon.[2]

In medieval Europe, glossaries with equivalents for Latin words in vernacular or simpler Latin were in use, such as the Leiden Glossary (ca. 800 CE). 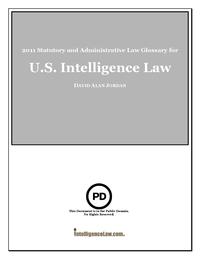 The Intelligence Law glossary provides a description of the key terms in intelligence law.

A core glossary is a simple glossary or defining dictionary that enables definition of other concepts, especially for newcomers to a language or field of study. It contains a small working vocabulary and definitions for important or frequently encountered concepts, usually including idioms or metaphors useful in a culture.

Computational approaches to the automated extraction of glossaries from corpora[3] or the Web[4][5] have been developed in the recent years. These methods typically start from domain terminology and extract one or more glosses for each term of interest. Glosses can then be analyzed to extract hypernyms of the defined term and other lexical and semantic relations.

Glossaries, dictionaries and lists in WikiMD

^Glossary (article) is provided for informational purposes only. No expressed or implied warranties as to the validity of content.
WikiMD is not a substitute for professional advice. By accessing and using WikiMD you agree to the terms of use.
Templates etc. when imported from Wikipedia, are licensed under CC BY-SA 3.0. See full disclaimers.
Retrieved from "http://www.wikimd.org/wiki/index.php?title=Glossary&oldid=2246327"
Categories: